The Legend of Minecraft

Today I shall share with you the results of a project I started back at the end of December. While it’s true that I was working on this over the past seven months, because of the on-and-off nature of the time I spent on it, I feel it’s safe to say that the work itself only took a month or two.

The project started when I decided to play through my collection of Zelda games – something I do once every few years. However, I was having trouble convincing myself to start playing the first one. The Legend of Zelda: A Link to the Past is a game from my earliest gaming days, back when the Super Nintendo was the hottest system on the market. As a result, I’ve played it so much that I pretty much have it memorized.

I wanted to do something that would make this play-through of the game more interesting – and to make it last more than a couple days. So, I came up with the idea of combining it with another game: Minecraft. As I played through the A Link to the Past, I was going to build the world map in Minecraft. 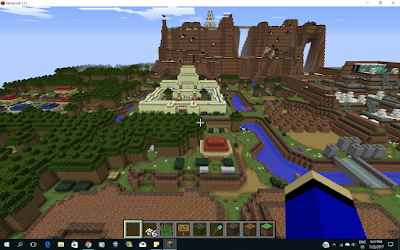 When I first started it, I was considering making not only the world, but the insides of the buildings and dungeons as well. However, I quickly discovered that this would be impossible: as with many video games, the buildings were bigger on the inside than the outside. Besides, I was beginning to understand the scope of the task I had undertaken. I wasn’t certain I would ever complete it, when at the end of my first session all I had was this: 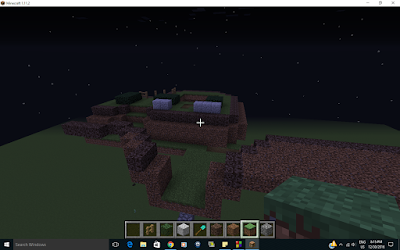 Of course, starting is always slow. The second day went much faster as I learned the rules I needed to follow to convert the 2D world into the 3D one. I had thought it would be easier, as both games were built on a block-like grid, however in the original game they were able to place objects halfway between two squares – something it was impossible to do in Minecraft. So, I had to take some artistic licence. By the end of day two, I was quite happy with the progress I had made. 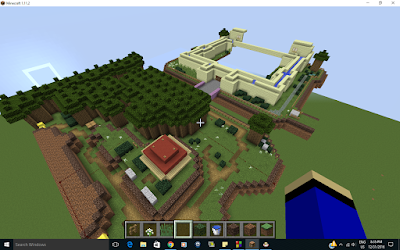 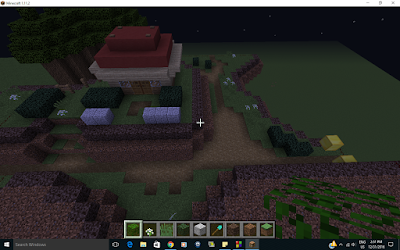 From there on, my rendition of the map steadily grew as, piece by piece, it came together. 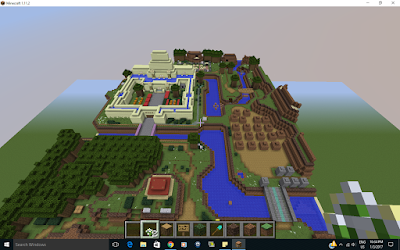 I did find I had to make a number of adjustments to the map, just to make it hold together. I needed to stretch a small section of the world so that it the rest of the world would pass behind Hyrule castle, rather than through it. As it was, the back of the castle had to be a sheer drop. However, the most annoying part was when I built Kakariko village, only to find that – what with all the ledges dropping ground level – the game designers had, thanks to the 2D nature of the game, created an Escher-like world. Luckily I had enough space to build a steep hill and connect the sections of the world as they were meant to be. 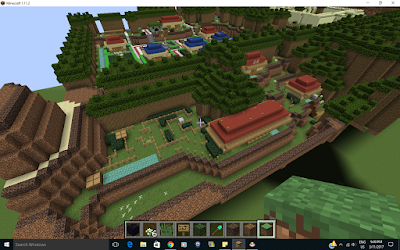 In spite of the struggles, I was delighted with the results of my work. I was building locations that would be instantly recognizable to anyone who had played the game. 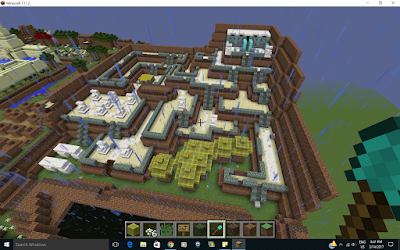 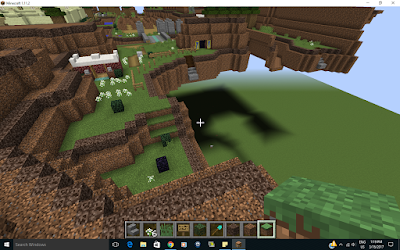 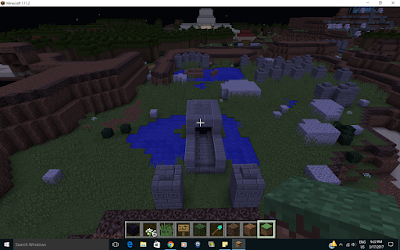 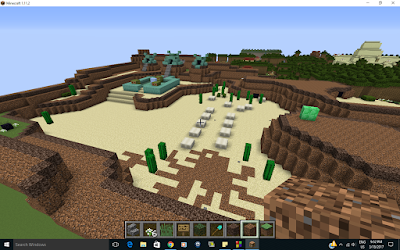 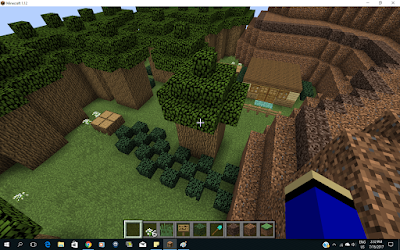 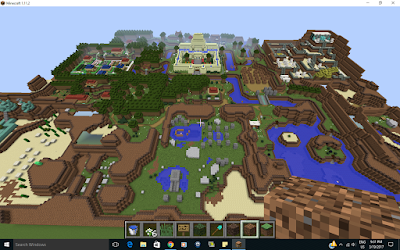 When I completed the Master Sword’s grove.... 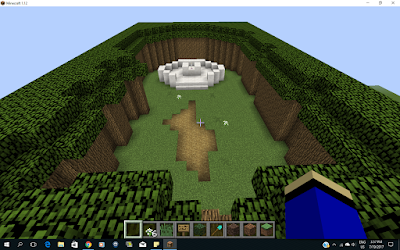 ... I knew I had come to the final, and most challenging, part of my task. This was the point where I would find out if I was going to complete this project, of give up on it. Death Mountain: the mountain that looms over all of Hyrule. And I have to admit, I came close to quitting when I had built most of the mountain only to discover that I had to move the whole thing (I don’t use mods or commands, so it was all done one block at a time). 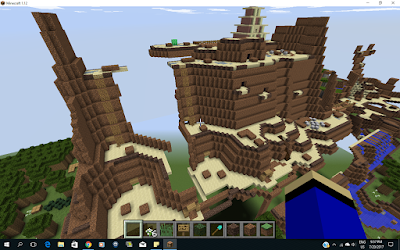 But, I persevered – and when part of the mountain still overlapped somewhere it shouldn’t, I improvised and made it make sense. 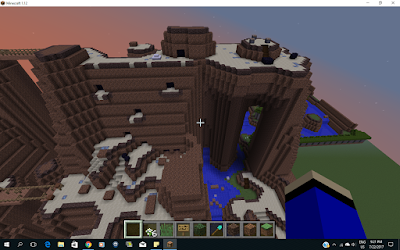 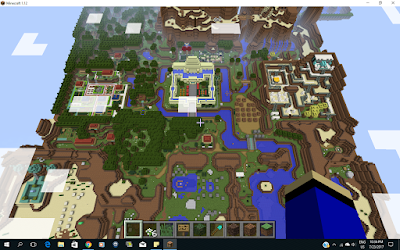 Also, make sure you check out my wife's blog and her website.

Email ThisBlogThis!Share to TwitterShare to FacebookShare to Pinterest
Labels: a link to the past, death mountain, hyrule, link, master sword, minecraft, project, the legend of zelda, video games, zelda